Increased activity in the Biopark

Norway is the worlds leading producer within fish farming and produces ca. 1/3 of all farmed fish in the world. Tjeldbergodden is located in the middle of Norway, which is Norways largest fish farming region, with the center of farming activity with our neighbours in the western island regions Hitra and Frøya.

At Tjeldbergodden, excess heat from the methanol plant is being used for land-based fish farming. Usually this type of energy is not exploited, but at Tjeldbergodden it has been successfully integrated in the infrastructure. Experiences show that the energy in the waste cooling water is an important resource within marine production.

The methanol plant at Tjeldbergodden collects the cooling water via a tunnel at a depth of 70 meters in Trondheimsleia. Here the water is very pure and holds a stable temperature year round. The seawater is then passed through a heat exchanger and mixed with fresh water, and as such can be used directly in marine production. 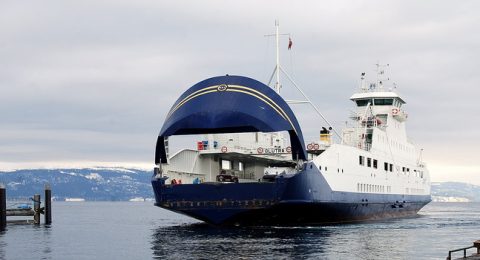 Norways future is value creation related to sustainable use of the oceans resources.

Here the coast of Nordmøre and Trøndelag already has a solid position, with many opportunities to be world-leading.

This requires that one is more attractive and less vulnerable as a residential and business region.

New ferry connections between Aure and Hitra will in this case be a reasonable, but decisive contribution to achieve goals which will benefit the region and the entire nation.